lungs are a pair of organs crucial to survival. Our respiratory system is impaired by pollutants as well as tension. Further, a deficiency of oxygen is at the root of much disease. There are herbs that can help the lungs and improve breathing, as well as supplemental oxygen for better health.

Airborne pollution and particulates are everywhere. When particles enter the respiratory system via the nose or the mouth, the body turns on its cleansing mechanisms, and the immune system is put on active duty. So we are in constant alert mode from the great amount of pollutants in our air.

The routine spraying of toxic agents in the air from jet airplanes in what is called "stratospheric aerosol geo-engineering" has been generating increased respiratory ailments.

The metal salts of silver iodide, aluminum, barium, strontium, thorium and cadmium, some of them radioactive; the sulfur dioxide (maker of "acid rain"), sulfur hexafluoride, plastic fibers and micro-crystals; and the BIOLOGICAL SUBSTANCES, the mold and fungal spores, algae, bacteria, blood cells and insect eggs; that are being released in the chemtrails, are nearly all harmful to humans, animals and plants.

They spray these aerosols in rural areas as well as cities, contaminating the air everywhere with this toxic fog. You would have to wear a high-grade gas mask to avoid breathing these nano-particles.

Also, there is still fallout of radioactive particles in much of the northern hemisphere from the nuclear disaster in 2011 at Fukushima in Japan. The mainstream media does not report about this.

You and your loved ones are breathing these health damaging substances WITHOUT YOUR CONSENT.

In ancient times, the oxygen content of our air was about 38%, with the carbon dioxide level at about 1%. By now, oxygen is down to about 20% and carbon dioxide is up to as much as 20%. This dramatic change, mostly in the last 200 years, may be the result of the cutting of forests, the depletion of the mineral value of the soil and erosion (reduced green plants), the burning of fuels, and atmospheric pollution.

The situation is at its worst in our polluted cities, where the oxygen level can be below 15%. Further, carbon monoxide gas from the burning of fuels saturates red blood cells so they cannot carry oxygen.

Our lungs need help, with agents to clean and soothe them, and we need extra oxygen.

Encourages the entire respiratory tract to gently cleanse itself

Assists the body in neutralizing allergens by nutritional means

Herbal nourishment supports a healthy respiratory system that can be challenged by inhaled irritants.

Fenugreek and mullein contain mucilage, a substance that causes the herbs to swell in water. This creates a viscous, fibrous substance that provides a soothing effect on mucus linings.

Fennel has traditionally been used as a cleansing herb and is often used after eating.

Horseradish has a stimulating effect on the respiratory system and clears the sinuses, which you can easily discover for yourself by eating a small amount of the freshly grated herb. 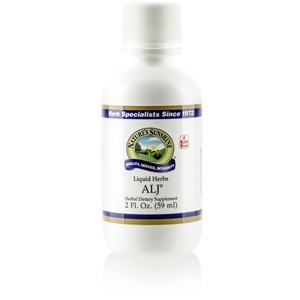 Quercetin may impact the effects of seasonal irritants and pollutants

This formula provides antioxidant strength to help stabilize mast cells. The antioxidant quercetin has been used for its reputed effects in supporting the respiratory system. Quercetin may help stabilize cells that release compounds when exposed to irritants.

Bromelain is an enzyme that works to help reduce the swelling of mucous membranes during times of respiratory stress.

This excellent antioxidant green foods mixture has the highest ORAC value (measure of antioxidant capacity) of any super food supplement. Yet it is less expensive than similar products.